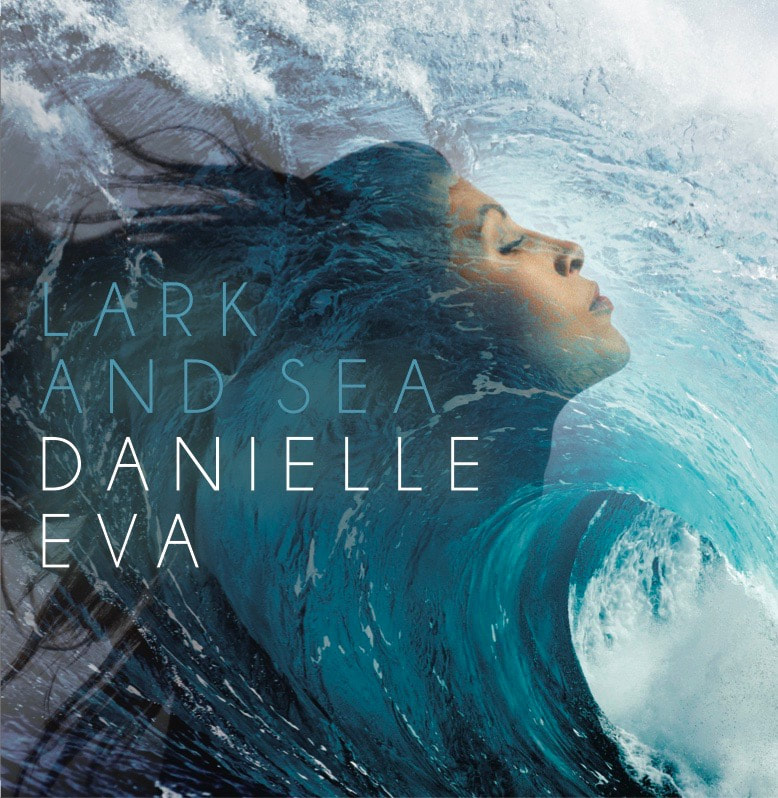 CLICK FOR SPOTIFY, iTUNES and other streaming platforms
​ABOUT THE ALBUM
Award-winning jazz chanteuse, Danielle Eva brings forth eight eclectic originals on her second album, Lark and Sea, co-produced by multi-platinum artist David Elliott Johnson. From the country blues-inspired Oh My to the gypsy-jazz nod of Mama's Got To Roll or the lyrical poetry of Uluwatu and poignant ballad expression found in What Can The Stars Hold, these songs deliver her signature laid-back soulful vocals over stellar ensemble playing by some of North East Florida's top jazz talents.
​
Related artists: Lizz Wright/ Cassandra Wilson/ Eva Cassidy/ Laura Nyro/ Norah Jones

Produced by Danielle Eva and David Elliott Johnson
Musicians:
Danielle Eva, vocals and all compositions
Aaron Lehrian, keys and horn arrangements
Steve Gallatin, guitar on all except track 3
Micah Gilliam, guitar, track 3
Rusty Springfield, bass on all except track 1
David Elliott Johnson, drums and percussion
Jonathan Baptiste, bass, track 1
Alex Hernandez, saxophone
Ray Callender, trumpet
Diego Herrada-Ventura, trombone
ABOUT THE ARTIST (short bio)
​Blending elements of jazz and roots with poetic lyrics, American vocalist and song-writer Danielle Eva has emerged as a distinct voice in the contemporary jazz pop genre. Danielle is a past top 3 winner in both the US Billie Holiday Competition and New York’s Jazzmobile, and a scholarship awardee from the Monk Institute’s Jazz Aspen. For several years she worked in the top venues of New York and Washington DC and performed as a resident artist in clubs throughout Asia and the Middle East.
FOR MORE INFO
contact@danielleeva.com
www.DanielleEva.com
OR
Devour Music at Lions Bridge Talent
devourmusic@gmail.com
​info@lionsbridgetalent.com
​904.887.1707
DOWNLOAD PRESS RELEASE AND PHOTOS HERE 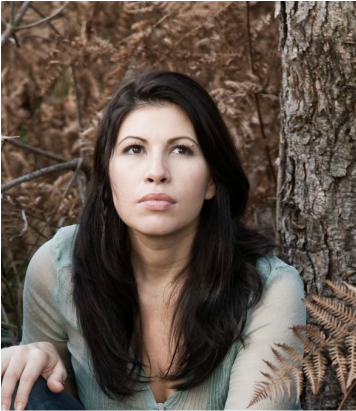 Vocalist and song-writer Danielle Eva fuses jazz pop, modern folk and echoes of appalachian roots music to serenade in shades of americana soul with a compelling sincerity and a side of sass. Whether painting a fresh face on timeless gems of the jazz songbook, or mixing the palettes of folk and cool groove. Danielle is an intimate storyteller with a voice one can drink in all night.


Her musical storyline took shape in the jazz clubs of New York city and Washington D.C. then turned a page to set upon the live music scenes of Asia. Danielle's life story begins in Pittsburgh, the largest city in upper Appalachia. She was a daughter born into the crossroads of two inter-secting American stories of Italian immigrants and holler-born Kentuckians.  Though she grew up without a radio, Danielle spent her childhood absorbing sounds of contemporary gospel and bluegrass heard in church and studied classical music in a professional children’s choir. As she started out on a path toward becoming an opera singer, it was the American songbook interpreted by singers like Ella Fitzgerald and Sarah Vaughn that turned her ears and energy toward jazz. Her hometown offered rich opportunities to develop her craft singing in jazz clubs and festivals, and experimenting in world beat and modern gospel bands. In 2001, Danielle was chosen to participate in the prestigious Jazz Aspen Snowmass. She then spent several years in New York where she was a regular on the Manhattan scene. Festival appearances have included Great Women in Jazz, Mellon Jazz Festival, and Seven Springs Jazz Festival. Miss Eva also spent 2 years living in Washington DC where she began to record her first album Road and Moon.  She became a 3rd place winner of the 2007 Billie Holiday Vocal Competition and the next year,  a top 4 finalist in the 2008 New York's JazzMobile Vocal Competition.  For the next six years Danielle fulfilled a life-long dream of traveling and performing while learning about other cultures and music. With two suitcases and an open spirit, she lived a musically nomadic existence, sometimes the resident artist in a 5 -star hotel club, sometimes traveling with a turkish party band, and other times bouncing around China for various gigs and concerts. Internationally, she has been a feature in the venues of Hong Kong, Tokyo, Beijing, Shanghai, Bodrum, Istanbul and Havana. Danielle has performed at hundreds of private events with dance and society bands and also records for various commercial projects and voice-overs. One of her passions is teaching voice technique to help other creatives find their voice.  Her latest album, Lark and Sea (2020) featured eight originals backed by some of North-East Florida's finest musicians. Miss Eva is currently based in St. Augustine, Florida where she continues to write songs, perform, teach private music, and is a licensed talent agent with Lions Bridge Talent.

What do you get when you mix one part Lizz Wright, one part Alyssa Graham and a dash of Chiara Civello? The answer is vocalist Danielle Eva. Eva's music could be characterized as roots-infused jazz with a pop spin on the production, but plenty of other influences seep into the mix. A large cast of musicians joins her for Road and Moon—her own personal travelogue—and her diverse tastes are reflected in the songs she chooses to cover.

Female singer-songwriters are represented with Joni Mitchell's "Both Sides Now" and Laura Nyro's "And When I Die." The former leans towards the pop side, with Federico Pena Gonzalez contributing some fine piano work. The latter moves in a country-folk direction, gaining authenticity through Dave Gingrich's delightful dobro work. While Mitchell's music has become a given for female jazz vocalists, Nyro's music rarely crosses style lines and Eva's performance makes a compelling argument for a greater need to mine her catalog.

Alec Wilder's "Blackberry Winter," a spine-tingling, under-performed piece that's seeing a comeback thanks to people like vocalist Hilary Kole and Eva, is the most engaging, intimate performance on the album. Eva's voice and Gavin Fallow's bass go it alone, and the resulting music is stunning. Eva is equally compelling during the first, a capella, portion of "He's Gone Away/Willow Weep For Me." With all instrumental adornments removed, Eva comes across like a sultry Appalachian siren. When violin, acoustic bass and guitar enter, the music moves towards a backwoods folk-jazz that is relaxed, yet luxuriant.

"Where Is Love" might seem more natural as cabaret fodder than jazz-pop, but is beautifully rendered. Eva's arrangement, recasting it in five, is well-suited to the song, and her vocals exhibit a sense of longing that often seems absent from other takes on this tune. The only misstep comes with a keyboard solo that has a less-than-desirable faux-woodwind sound. The same goes for the solo on Eva's otherwise-enjoyable Latin-leaning album opener, "I Sing In Blue." The penultimate performance of "Begin Again"—which has a hip "Higher Ground"-meets-Graceland-era Paul Simon groove (Warner Bros, 1986), bookending an expansive middle section—is the most original sounding of Eva's own compositions. Across eleven tracks, Road And Moon presents pictures of love, longing, sadness, joy and the world-at-large, delivered with class by Eva's gorgeous voice.
Track Listing: I Sing In Blue; Both Sides Now; Softly As A Morning Sunrise/Little Flower; Detour Ahead; Convenient Distraction; Blackberry Winter; Where Is Love; And When I Die; Kiss; Begin Again; He's Gone Away/Willow Weep For Me.

Road and Moon sports several fine pieces, but Eva's treatment of the traditional "He's Gone Away," melded with Ann Ronell's "Willow Weep For Me," demonstrates the creative evolution, from Cassandra Wilson's earthy approach in the 1990s to Laurie Antonioli's embrace of Americana on American Dreams (Intrinsic Music, 2010), as informed by the Western Swing inclinations of Lawrence Lebo and Retta Christie. Eva sings "He's Gone Away" a capella, revealing a soulful voice years beyond her youth. She affects just enough Southern slur to complement the song's rustic origin.

Some readers may have heard singer Danielle Eva earlier this year during her residency at The Peninsula’s Salon de Ning lounge.
She is a peripatetic vocalist, constantly moving from one club engagement to another in the United States and more recently in Asia and Turkey. She is currently singing at the Nardis jazz club in Istanbul.
Road and Moon is her debut CD, but she sings with the authority that comes from having paid some dues. Ms Eva was born in Pittsburgh and originally trained as an opera singer, but was irresistibly drawn to jazz.
She made a name for herself in New York while also performing at jazz festivals and undertaking formal jazz vocal studies.
In 2009 she came to Hong Kong for her first residency, which led to offers, which she accepted, to perform in Shanghai and Turkey.
Along the way she has been writing and recording and Road and Moon is the result. One song was recorded in Hong Kong with local players Dan Lavelle, Rickard Malmsten and Anthony Fernandes, and another in Istanbul with the musicians she works in the clubs  with there.
The rest were cut in Washington with sidemen who have worked with a number of jazz’s “A list” instrumentalists and vocalists, although none is yet an internationally known soloist in his own right. Some of them yet might be. The standard of playing is impressively high throughout, and that goes for the Hong Kong and Istanbul tracks as much as for the US ones.
Both of the former are self penned – there are three altogether on the CD – and on Begin Again Turkish guitarist Bilal Karaman emerges as an instrumentalist who has thoroughly absorbed his Pat Metheny and Bill Frisell but still come up with something very distinctively his own. On Convenient Distraction the Hong Kong players generate  a soulful quasi Brazilian groove with Malmsten’s distinctive fretless electric bass work well to the fore.
As a songwriter and interpretative singer Eva takes her inspiration from her travels, and  she makes some interesting connections.
On the self penned opener there is an Aja period Steely Dan influence, while Joni Mitchell’s Both Sides Now is rendered as Mitchell herself might have reworked her best known song  during her jazz rock period, had she not chosen to sideline it.
Several tracks have a Brazilian influence but the most interesting stylistic detour, I thought, was into Appalachian mountain music, which she says she  grew up listening to.
This area of what is now called Americana intersects occasionally with jazz to interesting effect, but not often enough. The interaction invigorates both traditions.
Laura Nyro’s And When I Die is reworked as a country swing tune complete with Dobro obligato. He’s Gone Away is a mountain ballad, sung a cappella and  segued into the jazz standard Willow Weep for Me with a mournfully swinging  string band backing, complete with fiddle and slide guitar.
This is an album of varied moods and textures drawing on a range of musical styles. A mature and arresting debut, Road and Moon is available in Hong Kong from Hong Kong Records and on the Internet from iTunes, Amazon and CD Baby